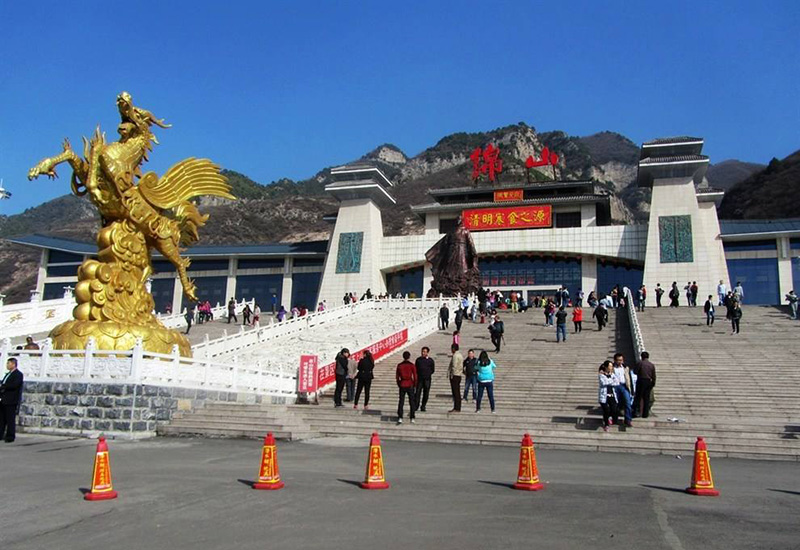 Mianshan originated in the spring and autumn period when jie zitui of the state of jin and his mother were burned in seclusion on the mountain, so mianshan is also known as meshan. Mianshan had temple architecture as early as the northern wei dynasty, and had a considerable scale of buddhist zen forest in the early tang dynasty. Mianshan mountain scenery and historic interest area's archaize architectural complex style diversity, from the architectural Angle to analyze, mianshan archaize architectural already take the long of the previous generation's building, plus the designer and the builder's modern creativity, collect the Chinese ancient and modern essence, formed the modern archaize building's unique style.